A controversial topic of discussion is the gender wealth gap. Many factors contribute to this difference in earnings, but there is no one answer to why women make less money than men on average. A common explanation for this wage disparity is discrimination, institutional or otherwise. We will explore some of these reasons and offer solutions for closing the gap.

Women make less money on average because they are more likely to take time off from work due to family caregiving duties, which means they have fewer years of experience under their belt when it comes time for negotiating a raise or promotion; they also tend not to negotiate starting salaries as aggressively as their male counterparts do; and finally, wage discrimination still exists across industries – especially those with traditionally male.

The continued inequality of women

It’s no secret that women are still earning less than men, even though they make up 50% of the workforce. The gender wealth gap is real, and it needs to be addressed.

The gender wage gap has been around for years without much change in sight. Women earn about 80 cents on average for every dollar made by their male counterparts. This means that women are working longer hours at work but not making any more money than before, leading to higher levels of stress and difficulty with financial stability. 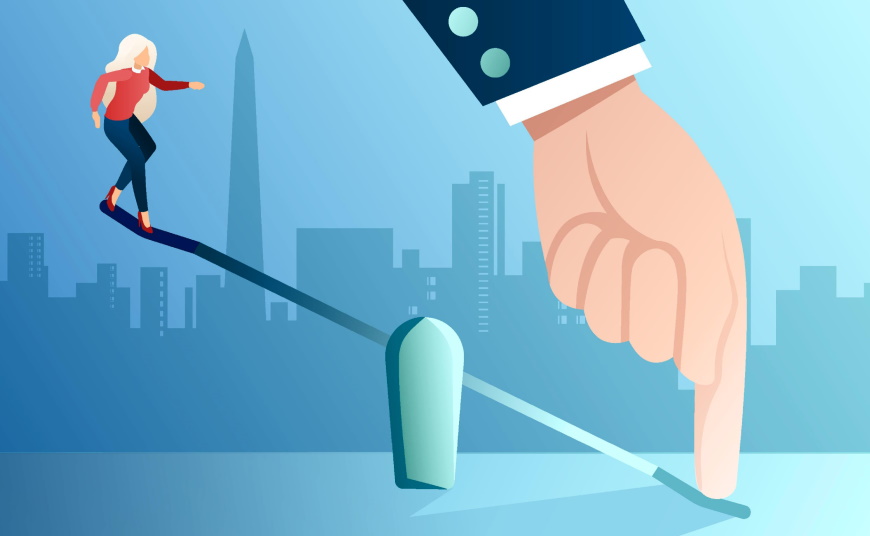 Women also have a harder time saving because they’re often responsible for taking care of children or family members while balancing a job outside the home, which takes away from their ability to save money or build assets independently from their spouse.

Women comprise a staggering majority of the world’s population, yet they only own 1% of its wealth. Why does this discrepancy exist? And how can it be fixed? To answer these questions, we first need to understand how gender and wealth come together in society.

I will break down the reasons behind women’s lack of economic power and provide some solutions for closing the gender wealth gap.

I’ll start by examining three different dimensions that contribute to women having less access to money: Women’s life expectancy is shorter than men’s; women are more likely than men to experience poverty or low income; and finally, societal norms result in unpaid “women’s work” such as childcare.

The gender wealth gap has existed for decades, but is it getting any better? The answer to that question depends on who you ask. If you’re a woman, the answer is no. Women earn less than their male counterparts and are more likely to live in poverty or near-poverty because of this wage gap. To help close the gender wealth gap, we need to make sure women have equal opportunities at work and are compensated equally for the jobs they do well. We also need to ensure that there are strong maternity leave policies in place so mothers can take care of their families without fear of losing their livelihoods – or worse yet, being unable to afford childcare. It’s time we stopped talking about the issue and started tackling it head-on.

Women have made strides in terms of educational attainment and employment, but the gender wealth gap persists. The United States is one of only four countries where women are paid less than men for similar work (Liberia, Papua New Guinea, and Sierra Leone). And while this wage gap has narrowed over time, it remains significant. Women still earn approximately 80 cents for every dollar earned by men. This can translate into a loss of 400 thousand dollars over the course of a woman’s career. Furthermore, even when women rise to positions typically dominated by males – whether as CEOs or managers – they are often underpaid relative to their male counterparts. Evidence suggests that the more children a woman has, the greater her wage penalty.

This website uses cookies so that we can provide you with the best user experience possible. Cookie information is stored in your browser and performs functions such as recognising you when you return to our website and helping our team to understand which sections of the website you find most interesting and useful.

Strictly Necessary Cookie should be enabled at all times so that we can save your preferences for cookie settings.

If you disable this cookie, we will not be able to save your preferences. This means that every time you visit this website you will need to enable or disable cookies again.